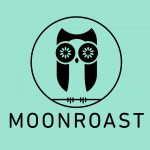 Rwanda is blessed with ideal coffee growing conditions that include high altitude, regular rainfall, volcanic soils with good organic structure and an abundance of Bourbon. The vast majority of Rwandan coffee is produced by smallholders of which there are thought to be around half a million with parcels of land often not much larger than just one hectare per family. Coffee is grown in most parts of the country, with particularly large concentrations along Lake Kivu and in the southern province. Rwandan smallholders organise themselves into cooperatives and share the services of centralised wet-mills ?or washing stations as they are known locally. Flowering takes place between September and October and the harvest runs from March to July with shipments starting in late May early June.

Karisimbi is one of the newer washing stations to be part of the Rwanda Trading Company (RTC) family. It was established in 2015 in the Northern Province situated close to the border with Uganda. The washing stations location is blessed with high altitudes where surrounding local farmers deliver the cherry to the washing station. As they have expanded with help from RTC for funding they have also set up two mini stations to help farmers reduce the distance they have to travel to deliver the cherry collected. In total the station collects around 532 tons of cherry which will lead to about 4 containers of green coffee each harvest.

Once collected the cherry is floated and separated before pulping and then being fermented for 12-16 hours. From here the coffee is then washed in the grading channels before being then transferred to raised African beds to dry for 10 -15 days.

Taste: Apricot, orange and florals with a hint of vanilla.<br />

Enter code: TRYME at checkout to redeem this offer.

Enter code:BESPOKE at checkout to redeem this offer.