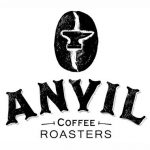 This 100% Red Bourbon coffee was processed at Buf Caf??s Umurage washing station, at 1,750 metres above sea level in the south of Rwanda.

Buf Caf? was founded in 2003 by Epiphanie Mukashyaka, a dynamic businesswoman and a source of inspiration to countless other female entrepreneurs in Rwanda?s coffee sector and beyond. Buf is now managed by Epiphanie and her son, Samuel Muhirwa, who is taking an increasingly active role in running and expanding the business. The title ?Buf? derives from ?Bufundu?, the former name of the region in which its washing stations are located.

Epiphanie, who was born in 1959, was widowed during the 1994 genocide – which claimed over 800,000 lives in just 3 months – but chose not to leave her family?s small coffee farm. Instead she set about rebuilding and developing her business and with it the local community. She started Buf Caf? in 2003, when she established Remera washing station with a loan from the Rwandan Development Bank and the assistance of the USAID-financed PEARL project.

Enter code:BCC50 at checkout to redeem this offer.

Enter code: FIRST50 at checkout to redeem this offer.