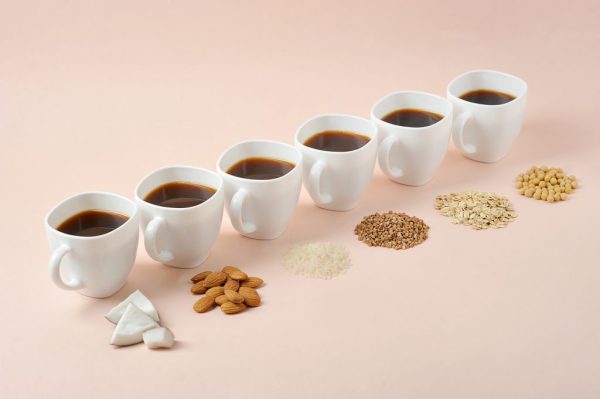 Which non-dairy milk is best in Coffee?

As we have been asked this question quite a lot recently, we thought that we would write a quick post on what we know.

Firstly who is asking? Well a range from people really, from those who have dietary restrictions or dairy allergies to people who have, for whatever reason, decided to cut out completely or reduce their use of animal products.

Secondly, you have probably noticed that more and more alternative milk brands are offering barista versions of their milk, this is great news and only echoes the importance of us, coffee drinkers, when it comes to milk – yay us!

In this post, we detail eight alternatives to dairy milk and some key factors that you may want to consider when understanding how compatible they are with coffee. We will cover off how they taste and how well froth/foam/stretch which is critical if you love a latte, cappuccino or flat white.

So without further ado, here there are in alphabetical order… 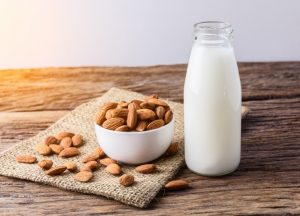 Almond milk is a popular choice when it comes to using nut milk in coffee. It comes in several flavours, and many is available as sweetened and unsweetened.
Almond milk nutty flavour can sometimes taste bitter which is why many prefer sweetened almond milk in coffee for a smoother taste. The nutty taste may also overpower or work against the flavour of your coffee so do be careful with how you use it.

Can Almond Milk make a frothy Coffee?
You can create a silky foam with almond milk but do be careful as it can separate when heated. It is also worth knowing that though the foam will sit nicely on top of your coffee it could create a watery drink underneath. 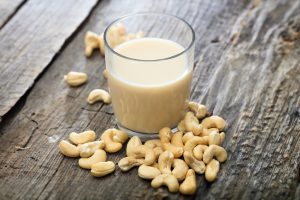 Cashew milk is not as nutty as other nut-based milks and has a creamy texture that mimics dairy milk. It is slightly sweeter than most kinds of milk which is great for the sweeter toothed coffee drinker and is full of healthy fats, vitamins and minerals.

Can Cashew Milk make a frothy Coffee?
Yes, though like most alternative milks, Cashew milk will produce larger bubbles.

Is Cashew Milk good without the froth?
Unfortunately, Cashew Milk can curdle when you add it to your hot coffee. This is caused by a reaction to the acidity or hot temperature. If you think temperature is the problem, try warming the Cashew milk first and slowly adding the coffee. 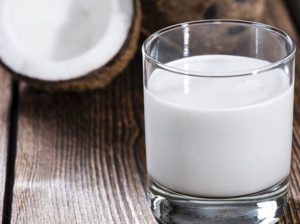 Coconut Milk has a thick texture and a strong but sweet flavour. You may have noticed that this exotic alternative has started to milk an appearance in some mainstream coffee shops, which shows that with some coffees it pairs well and is becoming a favourite dairy alternative for coffee drinkers. That said, you do need to be mindful with what you use this milk in as it could work against or even overpower the tasting notes of the coffee

Is Coconut Milk good without the froth?
If you add cold Coconut Milk to hot coffee it will curdle. Like most plant-based alternatives it is best to warm the milk first and then add the coffee. 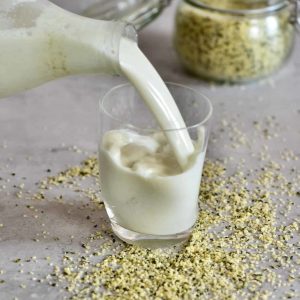 Hemp seed milk has a slightly nutty or vegetal flavour with a thin texture that dissolves easily. As the taste is not overpowering it works well with most coffees. This is a popular plant-based milk because of its high protein content. The hemp plant contains trace amounts of THC (the psychoactive component of cannabis) though not enough to cause psychoactive effects.

Is Hemp Seed Milk good without the froth?
If you add cold Hemp Seed Milk to hot coffee it is likely to curdle. To avoid this simply warm the milk first and then add the coffee. 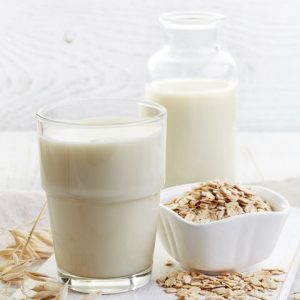 My personal favourite and it seems that I am not alone as this is quickly becoming the leader of alternative milks to use in coffee. Made from only three ingredients oats, water, and occasionally canola oil, it creates a rich, full-bodied non-dairy milk which is often associated with whole dairy milk.
The other positive surprise about Oat Milk is that though it is indulgently creamy it is actually one of the better non-dairy milks health-wise as it high in fibre, contains very little fat without sacrificing the protein that you can get from dairy milk.

Can Oat Milk make a frothy Coffee?
Yes! Oat milk may take a little longer to froth (in comparison to cow’s milk) and will produce larger bubbles but you will be able to create latte art.

Is Oat Milk good without the froth?
Oat milk rarely curdles in coffee regardless of whether it is hot or cold. 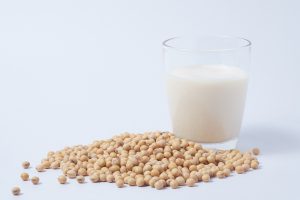 Pea milk is smooth and has a neutral taste, it has a relatively high protein content compared to other non-dairy alternatives and it also contains a healthy dose of potassium.

Can Pea Milk make a frothy Coffee?
Pea milk is good at making a frothy coffee due to its high protein content. The foam created by Pea milk is silky and is good for latte art.

Is Pea Milk good without the froth?
Pea milk may occasionally curdle, which is why we would recommend that you warm it first.

The ultimate alternative for coffee drinkers with allergies and lactose sensitivities, Rich milk is both nut and soy-free.
Rice milk is super versatile due to its neutral taste; however, its thin and watery texture does not give coffee the creamy consistency.

Can Rice Milk make a frothy Coffee?
No. Rice milk does not contain enough protein to create a satisfactory froth.

Is Rice Milk good without the froth?
Though less than other alternative milks, Rice milk can have a tendency to curdle. Try heating the milk slightly and then add it to your coffee to avoid any curdling.

Soy milk has a smooth and creamy texture with a relatively neutral taste. Many brands do not leave any noticeable aftertaste. Soy is now the old kid on the block and has been an option for many years, which is why it is easily accessible and is relatively affordable.

Can Soy Milk make a frothy Coffee?
Soy milk’s can produce a foam similar to that of dairy milk, so get frothing and start practising that latte art.

Is Soy Milk good without the froth?
Soy milks without preservatives may be more prone to separating. When the soy milk curdles in coffee it is a reaction to the acidity or hot temperature. We recommend that try pouring warm soy milk into your serving cup and slowly adding the coffee to avoid it curdling.

We hope that this has helped.