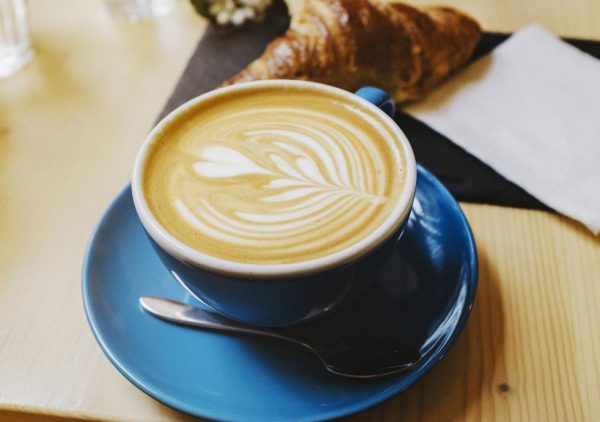 Flat whites have seemingly taken over the world; the fashionable espresso drink has become so main stream its now the most popular coffee at McDonalds – but do you know the difference between a Flat White and a Latte?

What Is a Flat White?

In basic terms a flat white is an espresso with steamed milk on top, like most coffee shop drinks. The difference between the array of different coffees on offer in your local coffee shop is the ratio of espresso to milk and the consistency of the steamed milk.
The flat white is considered a “strong” espresso and milk drink due to the ratio of espresso to milk – a latte is about 4:1 milk to espresso making it a very milky coffee – whereas a flat white is between 2 or 3:1 making it much stronger coffee experience. The milk is also a lot more textured with micro foam bubbles – in comparison the latte milk is not quite so light.

The first known description of a flat white appearing on a menu was in the 80s in Sydney, Australia, where the coffee culture has been mainstream for a long time. As coffee shops and cafés became more popular around the country the term “flat” was adopted to describe an espresso based drink that wasn’t overly foamy.
In traditional Italian coffee drinks – cappuccino and latte – there is a distinct difference between hot milk and stiff foam. The cappuccinos being a very foamy drink vs the hot milk of the latte. The Australians discovered a new way of drinking espresso and milk together, and the flat white was born.

As already mentioned coffee shop drinks are all made out of essentially just two ingredients; but there are a number of variables that can be adjusted to create distinctly different beverages: temperature, texture, and ratio of coffee to milk.

A flat white is made with a micro-foam milk, creating a unique texture and flavour profile. When milk is steamed the texture is changed – depending on how it is steamed – the barista technique takes a lot of training to master. Flat White steamed milk has small, fine bubbles with a glossy finish. The milk and foam should be fully combined; rather than separate and distinct like they are in a cappuccino. In a flat white, everything is integrated and there isn’t a stiff foam at the top.

To create microfoamed milk it is necessary to integrate air into the milk while it’s cool – the milk shouldn’t be steamed above 135 Fahrenheit, as the sugars start to break down beyond this temperature. Whole milk is at its sweetest point between 130 to 135 Fahrenheit; this lower temperature creates a pleasantly sweet flavour profile without the need for any added sugar. This maybe one of the reasons the drink proves to be so popular. 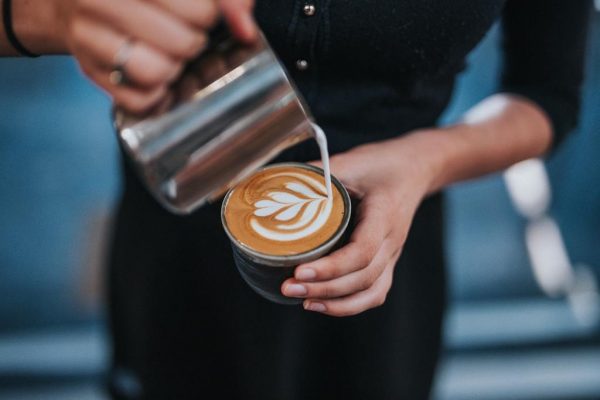 Following the success of the Flat White many similar styles of drinks have started appearing. Coffee shops and cafes around the world have started offering new and stylish variations based on smaller volumes of milk and velvety smooth milk. The cortado is starting to become increasingly popular; smaller again then the flat white it is typically 1:2 parts espresso to milk) or an eight ounce latte (one to three parts espresso to milk) — it all just depends on how much milk to espresso you’d prefer, which in turn determines the caffeine strength and overall strength of your beverage.

How to Make it At Home

Pull your favourite espresso shot, steam your best microfoam, and dilute the espresso with frothed milk, not exceeding a one to three espresso to milk ratio in your cup.
Pro tip: focus on incorporating small sips of air with the steam wand at the beginning of the steaming process, while the liquid milk is still cool, in order to create a uniform texture.